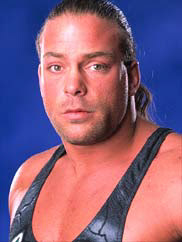 Three matches and a new number one contender highlighted WWE’s Tuesday night ECW on Sci-Fi from Alabama. The show was pretty good, as the three main storylines all got a push, the most interesting of which is the booking of Rob Van Dam and what they plan to do with him down the road. The biggest highlight of the night was Vince McMahon, the new ECW champ, making the four ECW Originals all fight each other for the right to fight him next week for the title.

In a short but effective match, Van Dam hit the frog splash on Sandman to get the win, and will have a match next week vs Vince for the title in Pittsburgh. While I think the match will never take place, I think that the company is doing what it can to show goodwill to RVD. It is somewhat common knowledge that Van Dam’s contract is up in June, and that he recently turned down a new deal from the company. They pushed him and gave him the win at Mania, and now they are giving him a title match, though no one really thinks he will get the belt. Sounds to me though like the company is trying to show him that they are willing to give him a bit of a push if he decides to stick around, which I think if he is going to continue wrestling, would be in his best interest.

As for former champ Bobby Lashley, he is good to go after a check up from Dr. James Andrews, and will likely get his rematch with Vince at Judgement Day. He (Bobby) opened the show with a promo, and Armando came out in a wheelchair with a neck brace. Estrada said that if Lashely touches Vince, Shane or Umaga, he’ll lose his title shot. Of course he never said anything about not touching Armando, so Lashley pushed him out of the chair in a effective 5 minute promo.

The other big storyline is the ongoing battle with CM Punk and the New Breed. It’s official that Punk simply used the New Breed, and Elijah Burke sent his man Kevin Thorn out to fight Punk, to Thorn’s surprise. After losing to Punk with his finishing “Go to Sleep” move, Thorn and Burke got into it, and Thorn said he’s out of the New Breed. I don’t see the Vamp going good, but you never know.

The next match was the new tag team of the Major Brothers, who I saw in late March at a RAW house show in Canton, taking on the New Breed team of Striker and Marcus Cor Von. A good effective match that really highlighted the Majors, and eventually to the shock of Tazz, they got the win on Striker with a flying body press. Of course this did not sit well with Burke, who got into it with Striker, who walked away not too happy.

One comment though about tag team wrestling in ECW – what’s the point? There are no ECW Tag belts, so why would a team like the Majors want to be on or wrestle in ECW? If they raised the tag team level of the show, they could have some tag belts to at least make it more interesting. It is kind of lame that ECW has just one belt, while RAW has 4 (WWE, IC, Tag, Womens) and SmackDown 3 (World, Tag, US). I know ECW is just one hour, but there are still too many meaningless matches that could be more fun if a belt was on the line or involved.

So then after another stupid dance routine somewhere in there, it was on to Vince in the ring talking about his title win, and then calling out the Originals for what ended up being their four-way match for the right to face him. We’ll see about that next week, but my guess is the RVD vs Vince never happens.