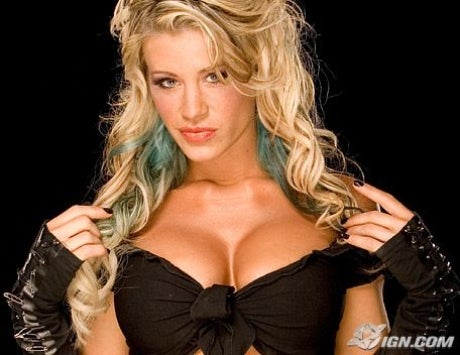 – Jonathan Coachman is said to be a major whipping boy, and has heat backstage because he’s not doing the job JBL did as the color commentator of SmackDown. Additionally, a few weeks back when Undertaker was brawling by the announcers table, Coach stayed near the area when the announcers are supposed to run away to sell the danger of not being there. Officials punished him by having him go to the ring after the taping to take finishers from the main eventers. He took a tombstone from Undertaker, a Batista bomb from Batista, and a shillelagh shot courtesy of Finlay.

– Raw Diva Ashley Massaro has been sent home for the time being, which explains her recent absence from television.

Young’s release comes as a surprise because he was signed to a contract just last December. His release is believed to be due to WWE having too many wrestlers under one roof in Tampa what with the arrival of the OVW wrestlers to the territory. Young had been working in OVW. Young is from the midwest indy scene.

Apolo’s release from the company doesn’t come as much of a surprise because he’s been dealing with a number of legal problems in Puerto Rico as of late. In January, a judge sentenced him to 30 days in jail for missing a court appearance regarding a domestic issue with his wife. However, he didn’t turn himself in to serve the jail sentence and is considered to be a fugitive, reports the Wrestling Observer Newsletter. He signed a contract in December, but never worked a match in developmental.

– WrestleMania 25 is slated to take place in Houston, Texas at the Reliant Stadium — home of the NFL’s Houston Texans — which holds a capacity of 71,500 for football games, and should hold far more for wrestling.